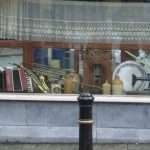 “I used to play at dances and socials around the place – the accordion. I would give them a few tunes. It was harmless stuff. Anyway, I played at a dance on a Sunday night and word must have got out that I had been at a dance on a Sunday because the next night there was a church social and I was called over by the Rector.

‘Bill,’ he says to me, ‘you know that we don’t have sporting or social activities on the Sabbath. I hear that you were out playing at a dance last night.’

‘Mr Cowan,’ says I, ‘one day we will all be dead and you will be up there in heaven with all the important people, and maybe there will be a few poor people as well, and the golden chairs will all be set out, and I’ll arrive and you’ll say to me, ‘Bill, did you bring the aul’ accordion so we can have a few dances,’ and I’ll say, ‘I did.'”

The encounter was at least seventy years ago, perhaps closer to eighty. The conversation both reflects and contradicts the realities of life in rural Ireland in the 1940s.

A single accordionist as accompaniment to a dance would seem sparse entertainment now but reflected the economic reality of 1940s Ireland. Even accordionists were obviously not plentiful, for in an Ireland deeply riven by sectarianism, a Protestant was asked to play at a Catholic dance on a Sunday (the organisers of the dance probably did not regard it as “Catholic”, its status as such would have been determined by the timing and the venue.)

If the dance was a reflection of the economic reality, it was much more a reflection of the social and political realities of the country at the time. The small and shrinking Protestant community was one that was discouraged from socialising with their Catholic neighbours. At the heart of the problem was the Ne Temere decree of the Roman Catholic Church that required children of inter-church marriages to be brought up as Roman Catholics. The decree was rigidly enforced, so if the Church of Ireland community was to endure, then Protestants must marry within their own community. The Rector’s objection to Bill’s presence at the Sunday night dance might have stemmed from the cleric’s theological conviction, but it also reflected the feeling within his community that Protestant young men should meet with their co-religionists.

But if there is a reflection of the spirit of the times, there is also a contradiction of the assumption that Ireland was dominated by clerics. Parish priests may have been rulers of their own parishes, but within the Church of Ireland there was often disregard, if not actual disrespect, toward clerical authority. In part, this was shaped by the constitution of the Church of Ireland, which gave the practical control of parishes to elected groups of lay people called “select vestries:” the rector may have wished for much, but the lay people controlled the parish finances. In part, it was shaped by the freedom of conscience implicit in being “Protestant”. Even had Mr Cowan taken exception to Bill’s comments, there was nothing he could have done.

Had there been fewer reflections and more contradictions, the country may have become a different place. 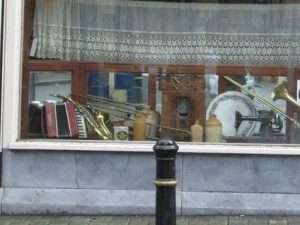