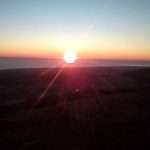 Eddie Fitzgerald died of cancer in 1999. Ten years ago, seven years after his death, an article he wrote was reproduced. “Letting illness make the best of me,” spoke of his battle with cancer. He wrote of one occasion of being in a hospital ward where the man in the bed opposite was very ill. The man’s wife kept vigil at the bedside and at one point the man raised his hand as if to reach out for someone. His wife immediately clasped his hand in her two hands. It was a moment of great beauty, a moment with a sacramental quality. In something as ordinary as a handclasp, there was the presence and reassurance of God.

Eddie Fitzgerald in his years of ministry would have seen countless handclasps. Yet it is from the perspective of his hospital bed that he is suddenly met with the significance of this ordinary act. In the outward action there is transmitted a love and a commitment that the man’s wife could probably never have articulated in words.

It was a story that had a personal resonance. Growing up on stories of London during the Blitz, the need to treasure the moments of ordinary life was stressed again and again. Unlikely souvenir books were printed. My father has a book from the war years called Hitler Passed This Way. It is a collection of photographs of various parts of London after the devastation caused by the bombing. There is one photograph that always caught my imagination, a postbox protrudes from a pile of rubble that was once a street and there is a postman opening the box to collect the mail. Ensuring that ordinary life continued was at the heart of maintaining morale. Celebrating the ordinary sustained the human spirit.

In the extreme moments, it is the most ordinary and the most mundane things to which people turn for reassurance and hope. If we have been bereaved, if we have faced serious illness, if we have been worried about someone we love, it is the ordinary everyday things we look to for comfort. We want someone at home with us, not for the special or unusual moments, but for the ordinary times, the everyday experiences.

Ten years after reading Eddie Fitzgerald’s piece, after realizing the need to celebrate ordinary moments, there is an awareness that too many moments have been lost in the past decade. In a nursing home today, there was a plaque on a wall, “Don’t count the days, make the days count.” Were it not for its location, the plaque might have added, “and don’t make it too late.” 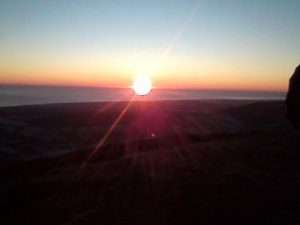