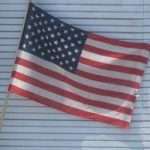 Radovan Karadzic’s forty year prison sentence is an exception rather than a rule; genocidaires  more often live to an old age and die in their beds. Karadzic’s brutality was possible, in part, because of the impotence of the United Nations. In 1995, Dutch UN troops were powerless to prevent the massacre of eight thousand men and boys by Serbian forces in the supposedly “safe area” of Srebrenica.

It was not the first time that the United Nations had stood and watched while genocide had proceeded unhindered. The previous year, in 1994, a United Nations’ force was in Kigali, capital of Rwanda. Hutu extremists had launched full scale genocide against their Tutsi neighbours and 2,500 Tutsis and moderate Hutus had sought refuge in a school that was the base for Belgian UN peacekeeping troops. The troops ensured the evacuation of white expatriates from the city before withdrawing from the school, leaving the fugitives there to be butchered. The soldiers did not fire a shot until dogs began eating the corpses and the commanding officer told his men to shoot the dogs.

Certainly, US politicians have got things seriously wrong; interventions in Iraq and Afghanistan  have created last states worse than the first. Certainly, the Iraq sanctions policy of the Clinton regime in the 1990s was malignant in its effects, Secretary of State Albright conceded the policy had cost the lives of hundreds of thousands. Certainly, many people might feel a world free of American influence might not be such a bad place.

But what happens to the world when there are not US soldiers available to leap from Black Hawk helicopters? What happens when there is not a Humvee for hundreds of miles around? What happens when US warships are not on hand to launch missions into areas? In a world without an American presence, who is there left that might stop deliberate, willful mass slaughter?

An isolationist America, one of the visions of Donald Trump, would bring comfort and delight to many people; few of them with democratic intentions. Without the Americans being prepared to intervene, the world would be a much more dangerous, and a much less liberal, place. 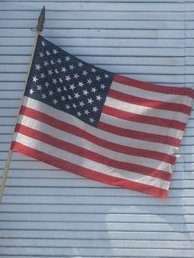