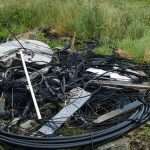 In a stadium, in a crowd of more than forty thousand people, to have left the seats and tried to have gone anywhere during the fifteen minute half time break would have been pointless. The afternoon’s soccer results were discussed, and then there was speculation on what a British departure from the European Union might mean for the English premier league.

“In the past, maybe some of the stuff going around would never have got an airing, some of the hardliners might have got a few seconds on television, no more. Now with social media, there is no limit to coverage – they might go.”

As one who would be directly affected, a British citizen carrying a British passport who is working in an EU country, Irish perspectives made interesting listening. Is our future really to be determined by the versions of reality presented by social media? Is a country which once boasted that it had the “mother of parliaments” to have its future shaped by posts shared on Facebook?

A more disturbing thought arose, if people’s reality is shaped by the images and words they encounter online, what would happen if what appeared online was controlled by those with a particular agenda? The web is a network of computers, it has no autonomous existence. The existence of the so-called “dark net” testifies to the fact that the network is not controlled, that dissenting voices, however obnoxious, still have access to wide audiences.

But what if the network was restricted? What if certain strands of the web were broken? It is presumably possible to identify those computers on which elements of the dark net are hosted, perhaps few people would notice if they were isolated, but what if there was a wider isolation of sources with which those in power disagreed? What if one was able not only to cut off the web sites of particular groups or individuals, but also to substitute simulations of those sites, simulations which carried stories and viewpoints favourable to one’s own political and economic inclinations? Of course, the dissident voices would object, but where would they object? If they were already without access to the traditional media and had developed their web presence to promulgate those views, what would happen if their strands of the web were simply snapped?

Perhaps there is a reassurance in some of the stuff that appears on the social media, even the most xenophobic material, its dissident nature declares that the web is still intact, for the time being, anyway. 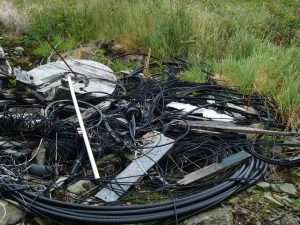