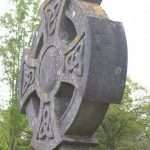 Today is the the day of Pentecost. The events in Jerusalem that day were the focus of the thoughts of churches all around the world. Reading the Bible’s account of the events of that morning, as recorded in the second chapter of the Acts of the Apostles, brought a memory of lines from John Simpson. His memoir of his childhood, Days from a Different World, contains the following note under 12th February 1947.

“A sinister little pamphlet called Pre-frontal Leucotomy in 1000 Cases was published that day by the Stationery Office at a price of sixpence. Based on the theory that ‘something must be done in some mental illnesses to break the connexion between the patient’s thoughts and his emotions’, it examined the results in a wide variety of patients. When successful, it said, cutting the physical links between one part of the brain and the rest had enabled a third of the people whose cases were recorded to resume their everyday activities ‘without that emotional tension and preoccupation with hallucinations and phantasies which has hitherto handicapped them’. Another third had shown signs of improvement, though not to the point where they could be discharged from hospital. And the rest? No details were available, except that 3 per cent of them had died. It showed, said one medical writer, that the operation was well worth while in carefully selected cases. Today, pre-frontal leucotomy would be regarded by many surgeons and psychiatrists as a quite unnecessary form of torture.”

Had the psychiatrists of 1947 been working in the First Century, what would they have made of the religious experiences and writing of the time? “All of them were filled with the Holy Spirit and began to speak in other languages, as the Spirit gave them ability,” says Acts Chapter 2 Verse 4. What would psychiatrist have made of such behaviour? If it had been 1947, would the Acts of the Apostles have seen the light of day or would the stories of miraculous events and astonishing powers have been described as as a “preoccupation with hallucinations and phantasies?” If the psychiatrists of 1947 had been in charge of things, would the visionary Saint John the Divine have been allowed to remain on Patmos after writing his Revelation?

The psychiatrists were concerned “to break the connexion between the patient’s thoughts and his emotions.” But isn’t the connection between our thought and emotions part of what makes us human? Perhaps it is fortuitous that Scripture was written when it was. 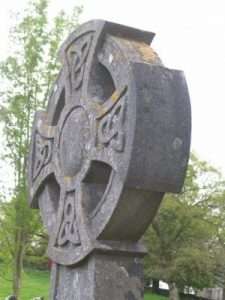