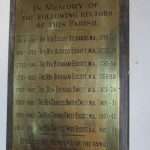 “In a post-Christian society we still seek the spiritual life”, declares the headline in today’s Financial Times. It reports a significant decline in those identifying themselves as “Christian,” or even as religious. The report notes that the trend in England runs counter to global trends, where both Christianity and Islam continue to grow and where atheism is in retreat. Christine Oldfield, the writer of the article, concludes with the question, “And the most interesting question for the future — if we are to be a non-Christian country in an increasingly religious world — is: what will we be instead?”

A non-Christian country? As someone from a family of Church of England non-attenders, there are reasons to be sceptical about such assertions.

After the British general election of 2015, the reliability of opinion surveys has to be questioned. Polls predicting a Labour victory failed to give any indication that Labour would lose by more than a hundred seats, even after adjustments to methodology, the opinion polls still diverge about the Brexit referendum – one suggesting both sides on 45% and another giving the remain camp a 55%-37% lead. The sort of social attitudes surveys that predict the end of English Christianity have a large sample size, but are not subject to the strenuous empirical testing of election polls; how reliable can they be assumed to be as predictors of future behaviour?

The second reason for scepticism is that while statistics show a sharp decline in weekly church attendance, patterns of religious practice have changed. Many people regard monthly churchgoing as regular attendance, particularly in rural multi-parish benefices where the number of churches mean that services may only take place once a fortnight or once a month and where people only attend their own church. In village communities, it is only when proposals are made to close a church that one becomes aware just how many people regard themselves as members, even if they never attend, it is their church.

A third reason for scepticism arises from the central part Christianity, particularly the Church of England, plays both in civic culture and within the social and political Establishment. Anglicanism is woven into the fabric of so much that is England, from the Royal Family at the top down to ceremonies in the smallest villages, an England devoid of its old religion is almost unimaginable. A loss of the Church of England would be threatening to many whose standing derives from traditional structures. With the old religion gone, how soon would it be before other institutions came under threat – the peerage, the monarchy, the social structure that has endured for centuries? Are they readily going to give up all they have held so dear?

The final reason is the indefinable factors, the affection that even many who are non-religious have for the faith and traditions of former times. Philip Larkin, a definite non-believer wrote a poem called “Church Going”, it offers an explanation of why England will never be an entirely non-Christian country: 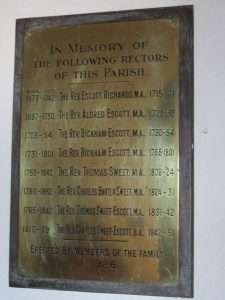