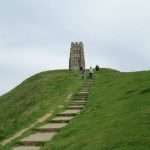 How many times had I walked the road?

In childhood days, I would have probably attempted a calculation. There would have been the walk to and from the village primary school each day, that would have to be multiplied by the number of schooldays. The number of school days in the year would itself have been a cause for questioning, the head said there were only 365 days in the year, and that included weekends; the heart said that there were hundreds and hundreds and hundreds of days and that from September to Christmas was forever, or almost forever because Christmas was always followed by the horrible days when it was no longer Christmas. Added to the times the road was walked going to school, there would have to be a number for the times going to friends’ houses, for we lived on the edge of the village.

Foolish thoughts for someone who left the village primary school forty-four years ago, a futile silliness. A friend’s reassurance, “you are only fifty-five,” only compounded a sense of the great chasm that lies between the present and that other country of the past.

In the evening light the air had more the feel of late August than early June, a sultry, oppressive, heaviness. Walking through the middle of the village, the medieval church and the houses surrounding the green were unchanged. Remove the odd twenty-first century motor car and replace them with Morris Minors or Humbers and it would be the 1960s again.

While the passage of time had left the buildings little different, the passing years had carried away many of those whom I would have known. There is always a fear about inquiring after a person only to discover they were buried six months previously, (though the “Western Gazette” website carries most of the obituaries, I might have missed an important one).

The woman I always regarded as the matriarch of the village was still among us, each time I visited I promised myself I would call and, of course, never did. It was just nine o’clock when I passed her house, a light shone from her kitchen. Beside her garage, a door was open, the lady herself sat looking at her garden. Going through the gateway, I greeted her.

She looked at me with immediate recognition. “Peter Poulton’s son, sit down there.”

I pulled up a chair and we sat and talked. Her recall of a neighbour who had recently died gave me an opportunity. “He wasn’t ninety, was he?”

“No, he was not! He was only eight weeks older than me, and I won’t be eighty-eight until later this year.”

Her being only eighty-eight meant she had only been in her forties when I had first known her, a long time to be regarded as the matriarch.

Only eighty-eight, though, that meant I really could say that I was only fifty-five.

The church clock struck ten and I bade her goodnight, promising to return. 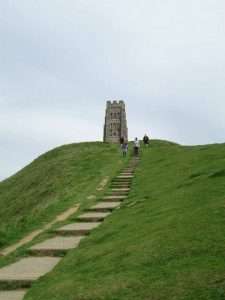