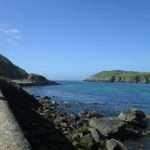 Perhaps it is living the strange life of a Church of Ireland cleric that prompts the curiosity, living each day in a way different from the overwhelming majority of ordinary people prompts unspoken questions regarding the most mundane details of everyday lives. Spending two nights on an offshore island with a population of no more than twelve dozen souls caused pondering as to what people might do each day. Did summer visitors disrupt the ordinary schedule? Did living on the island demand a strict personal discipline with regard to work? And what happened if one became bored, what was there to dispel the insular equivalent of cabin fever?

Coming on the annual trip in search of Ciaran, founder of the monastic site in Co Offaly where each Sunday morning a Nineteenth Century hosts a tiny Church of Ireland congregation under my care, I sat on the Co Cork island of his birth and wondered what thoughts he would have offered on isolation in the 21st Century.

But perhaps Ciaran would have been delighted at the opportunities now available, one of the striking features of the early Irish monks was there desire for communities and their propensity to travel. When most people rarely ventured further than the next village, the monks travelled across Europe, arriving in unlikely places and having an influence on European civilisation they could never have imagined.

Perhaps Ciaran did once sit and watch the waters at the North Harbour of Clear Island and ponder the lives of those around him, perhaps he did think that his small island might have wisdom to offer to the world across the rough waters. 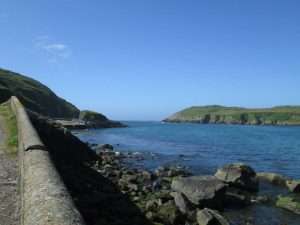