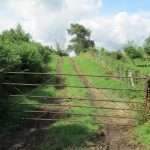 Moths in the car headlights and warmth in the night air evoke memories of summer evenings in his childhood. In Somerset, in the English West Country, darkness fell earlier than in the Irish Midlands and the moths mobilized when many people still had homeward journeys to make. Riding in his father’s car on switchback roads across the Levels, the moths marked the conclusion of the day for a small boy; they came with summer and heat and the promise carried by August days. Yet, going on for fifty years later, it is still unclear what that promise might have been.

Moth nights were accompanied by scented soap. Days out in his grandfather’s fields brought strict injunctions from his mother that under no circumstances was he to go to bed without washing, and washing properly, no quick dab with the flannel.  The scented soap was that of Wright’s Coal Tar, a brand that must have been regarded as particularly efficacious in removing the dust of the day from the limbs of a small boy. Days spent among cornfield stubble would have left bare arms and legs scratched and there would be a liberal splash of Dettol thrown into the hot water to ensure the cleansing was thorough. The sting of the disinfectant as his thin arms were submerged in the sink is something that still lingers in his memory. There would be a grimy scum around the washbasin after he had pulled the plug to let out the water, it must be well washed away before thought could be given to leaving the bathroom.

Always a small boy, the asthma that had arrived with measles at the age of five had brought with it weak lungs and a ragbag of allergies. Haymaking time brought fits of sneezing and eyes closed with red puffiness, dust from the corn harvest could have similarly detrimental effects; even the farm cats, expected to earn their keep on August days when the grain attracted vermin, could bring watering eyes and the familiar wheeze.

Harvest time was more aspiration than reality. He was too small and too weak to be of any assistance. There were boys his age who could lift hay bales, he struggled to lift a bale of straw. Yet there was no suggestion he was not welcome, no suggestion he might be better at home reading the books of which he was so fond. Perhaps the world was sometimes a more inclusive place in those years.

The promise of August still lingers, a promise that is still unknown. 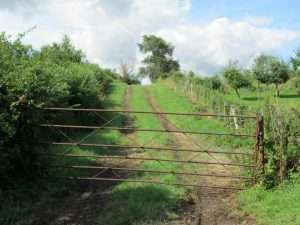