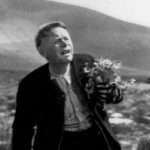 The village of Issigeac has a street named “La Saucisse,” the sausage. It was the nickname of a woman who lived in the street in the early-Twentieth Century, a woman now remembered by the community as a victim of extraordinary cruelty. A plaque on the wall tells the story of Suzanne Tessier, La Saucisse:

Struggling to translate it on my schoolboy French, I think it says:

The story begins at the beginning of the Twentieth Century. Suzanne Tessier lived with her parents at the house with the grand staircase. They had two cows and when one of them died Suzanne was tweleve or thirteen years old. They hitched their daughter to the plough to replace the animal. They aborted a possibility of her getting married to keep her with them. At the death of her parents she was without money and hunched over. The children, mocking her, called her “the sausage.” She gleaned to survive and cut herself deeply with her sickle. The neighbours found her in the field in the morning. She had ceased to live.

Many of us will remember characters like Suzanne Tissier within our own communities, people with an intellectual disability who were quiet and lonely souls and who lived entirely solitary lives. In Ireland, most communities would have had their “Michaels”;  characters equivalent to the character played by John Mills in the film Ryan’s Daughter. Michaels would have been described by their neighbours as being “simple” or as having “a wee want.” Sometimes the terms for such people were much more cruel, sometimes they were inhuman. Yet, whatever the terminology, wouldn’t there have been a gentler attitude than that shown by the Tessier parents? Wouldn’t there have been knowing nods, euphemisms, a generosity of spirit? Wouldn’t the parish priest have called with the Tessiers and told them their conduct was unacceptable?

There is a bravery in the approach taken by the village. Not only does it call the street after “La Saucisse,” but it openly tells the story of Suzanne Tessier and displays her photograph at the foot of the stone staircase at the house in which she lived.

Perhaps there was not such suffering in Ireland, but perhaps we would be altogether more reticent in telling the story of those who did suffer. 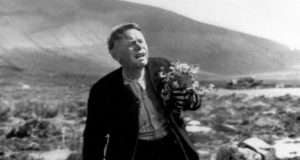