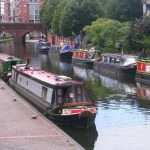 There is hardly an episode of Midsomer Murders I have not seen at least twice. It has a strange attraction: an odd combination of crime drama, black comedy and reassuring evocation of a shire England that has disappeared, that’s if the rural idyll of Midsomer county ever existed. Part of the fun is spotting the actors who have appeared in other television programmes and trying to recall the part they played.

Sometimes there are incongruous moments, actors one is accustomed to playing a particular role in a particular production appearing in Midsomer Murders and playing a very different part, their role and lines conflicting with the expectations one has formed from their previous television appearances. Sometimes there are actors who slip seamlessly from a former role to playing a character in Midsomer Murders. The actors themselves would probably recoil at the thought that they had become so typecast that they were not expected to be cast in a particular role, or, conversely, that they were able to move from one series to another without needing to make the effort required of changing character.

Television series can have something of the familiarity of rural life, the expectations one has of characters on the small screen are sometimes reflected in expectations that the people in a small community will speak and act in particular ways. In a small close-knit community, to behave in a way perceived to be uncharacteristic can be much more disconcerting than an actor playing the sort of part that differs significantly from former roles. To feel permanently trapped in a part that has been assigned to one must feel stifling, oppressive, suffocating.

The desire to escape the life which one has been constrained to live and find a new life elsewhere has been the stuff of countless novels, real life is not usually nearly so liberating. Sometimes people escape from the script they have been given, go off to find a different part elsewhere, only, in later life, to find themselves having to return to their former part.

An octogenarian acquaintance recalls with happiness the fifteen or so years he spent living in the English West Midlands, the work was hard, roadbuilding or heavy industry, but was well paid. He ponders what his life might have been like if he had remained in England instead of returning to play a role assigned assigned to him.

There are many who would have shared his experiences. To play a part incongruous with expectations, like some actors in Midsomer Murders, might have cost friendships and caused alienation; it was too much to have asked.

A change of role would have been much easier across the Irish Sea, few people knew one’s background, few would have been troubled at the the thought one wanted to change one’s lines. Monica Ali’s novel Brick Lane closes with the words, “This is England”, she said. “You can do whatever you like.” My acquaintance might have enjoyed such a prospect. 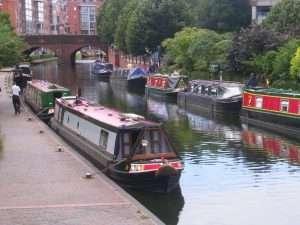