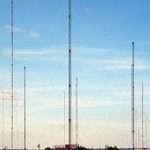 Virtual reality, computer generated images, instant access to pictures from around the world, never before has the world of the imagination been presented with so much material; and yet, even with the infinite possibilities that are available, something is being lost. The capacity for the human imagination to create its own world of pictures is steadily being reduced. Perhaps only in our dreams do we now encounter images that have not been created by someone else.

There is an apocryphal story from the 1960s of a series that transferred from radio to television, perhaps it was Dr Finlay’s Casebook. A lady who had watched the first television programme was asked how well she had liked it and expressed her preference for the radio serialisation on the ground that “the pictures were much better.”

Clearly, the actors who appeared on the screen of the lady’s black and white television screen did not correspond with the images she had constructed in her mind of Dr Finlay, Dr Cameron, and Janet and the rest of the cast. For her, the pictures the lady had created in her mind were much better than those that were being televised. The lady’s experience is one with which many people would identify, television or film adaptations of novels often depict characters in ways very different from those imagined.

It is hard to imagine what a lady who preferred the radio persona of Dr Finlay would have made of Twenty-First Century technology, technology which allows an actor who has been dead for more than thirty years to play a prominent role in a film, as is the case with Peter Cushing in Star Wars: Rogue One.

Impressive as the technology may be, though, it is restrictive, it depicts characters as they are imagined by the producers of the film or programme, it reduces them to a single identity when, on the pages of a book or in the dialogue of a radio broadcast, they take as many forms as there are readers or listeners.

Looking out at a dark January evening, memories come back from such Fridays in childhood days. There were only three television channels and not much of the evening’s viewing would have appealed to a boy, small for his age, who went to the two-teacher village primary school. But he would have been untroubled by the lack of programmes to watch when there were library books to read, Arthur Ransome and Captain W.E Johns and Willard Price, and other books from a culture long past. Nothing on television could match the books, the written pictures were definitely much better. 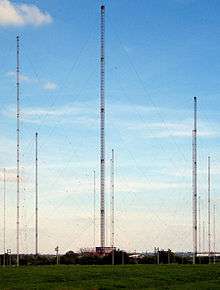