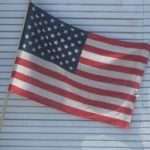 President Trump is not liked, although that will hardly trouble him. He is not a man likely to be much worried by those who would disagree with him: he is president, we are not, full stop. He will delight in his capacity to discomfit and annoy opponents; he will delight in being able to prompt visceral reactions among groups who hold him in contempt. He will regard the proliferation of social media memes that ridicule him as something positive; he will be pleased at the outpouring of liberal criticism; each meme and column will be perceived as further evidence of the extent to which he has been able to get under the skins of those for whom he is the antithesis of every value they hold dear.

But even the briefest of reflections shows that dislike for American presidents is hardly something new. Not being old enough to remember John F. Kennedy, I do remember television news reports of protests against LBJ, President Lyndon Johnson who committed the United States to the disastrous Vietnam War.

Johnson was succeeded by Gerald Nixon, who was regarded as the very embodiment of evil by radical and anti-war groups. The Watergate scandal seemed a fulfilment of all the opposition claimed about “Tricky Dickie.”

It is hard to recall much about Gerald Ford, the vice-president who acceded to the Oval Office when Nixon was impeached in 1974. Perhaps he was tainted by association, for Jimmy Carter triumphed in 1976.

Carter seemed not so much disliked, as not respected; a nice man who was overwhelmed by the events of the time. There were absurd stories, like the report of his boat being attacked by a rabbit swimming in a lake, and there were tragic stories like that of the US hostages in Tehran and the disastrous attempt to rescue them. Carter’s heavy defeat in the presidential election of 1980 was no surprise.

Ronald Reagan seemed a perfect villain figure for criticism from the Left. Mocked as a B-movie actor who imagined he could play the president, his introduction of Neo-liberal economic policies, and his willingness to engage in military expansion and engagement, brought countless protests.

George Bush Senior continued Reagan’s economic policies, but added the First Gulf War to the causes for complaint. His defeat in 1992 seemed to usher in more progressive times.

Bill Clinton seems to have been able to create a version of his eight years in office in which he is cast as a benevolent international figure seeking to bring peace to a troubled world. If one was among the millions of poor Iraqis who suffered as a result of Clinton’s sanctions policy, he does not appear so benevolent; nor if one was among the women he exploited.

George W. Bush was probably no worse than many of his predecessors, but became president after a disputed election, and engaged in deceit to initiate a second Gulf War. His vilification by liberal media seemed actually to benefit him, he easily secured re-election in 2004, despite the widespread dislike.

And Barack Obama? Appearing to be awarded the Nobel Peace Prize for not being George W. Bush, he pursued an overseas policy little changed from what had happened before, except fewer people said nasty things about him. Domestically, his very modest reforms were greeted with a huge tide of opposition. Always there was a suspicion that behind the principles of those who attacked him, there was something more atavistic, but that there was a massive constituency of dislike cannot be denied.

So, Trump is not likely to be troubled by news of protests around the world, anymore than any of those who have lived in the White House before him. 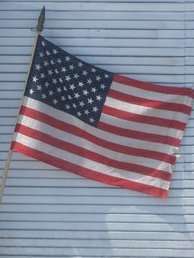