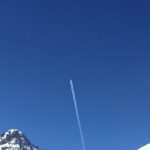 The doctor’s house was in the square, not that I wished to see him. Once before, I had called with him concerning persistent cramp in my right leg; he had decided that it was possibly phlebitis and had summoned an ambulance that took me to a local town at high speed. The hospital determined that it was not phlebitis, but cramp, which is what I had told him: I had only wanted some relief from the pain.

A notice on the door of the house announced that there would be consultations for those who had appointments between five o’clock and seven o’clock. There must be somewhere that dealt with people who just arrived with miscellaneous maladies.

Going to an optician’s shop to seek frames to replace those snapped in a fall, the very efficient optician said there was indeed a doctor who would see me without an appointment and that, if I had a European Health Insurance Card, I would be seen for free. “One thing, though,” said the optician, “the doctor is a lady. She is a very good doctor, but perhaps you have a problem?”

It seemed an odd comment. Would there be men in 2017 who would have a problem with a female doctor? Perhaps if it were some “man’s” problem, there might be a reluctance, but my problem was an increasing pain in my right ribs, why would I object?

My wife smiled at the optician, something probably beyond me at that point, “I don’t think he will have a problem, our daughter is a doctor.”

The doctor was extraordinarily kind, actually putting her hand on my shoulder when I winced with pain. An effort to suggest that there was no need to go to hospital, just a need for painkillers was brushed aside. The end result did not differ from that which might have been expected from doctor in the square, another ambulance ride down the valley.

Four days later, sitting on a bench on a brilliantly bright Saturday morning, there was a warmth from the sun that belied the fact that the air temperature was minus-eleven. The deep blue sky seemed clear apart from the vapour trails of high-flying aircraft.

Perhaps, in another Austrian mountain valley, Peter was tending his small herd of cattle on a day off from working as a ski instructor. Peter used to be intrigued by the aircraft that criss-crossed the sky. Some were bound for Austrian airports, or flying from those airports, others were from distant origins and bound for distant destinations, their transit of Austrian airspace being the only thing that made them of interest to Peter.

One day, eight or nine years ago, Peter stopped on a mountainside with the group he was instructing, and looked up at an airliner flying at a high altitude. He explained that he was fascinated by the aeroplanes, that he had never flown anywhere and that he had often wondered what it might be like to fly. The ski school group included a tall Dutch woman who explained that she herself was an airline pilot.

Perhaps Peter would have problems with a woman doctor; for the optician to warn that the doctor was a woman would suggest that the old prejudices have not gone away. Prejudice is rarely susceptible to reason, the only way to remove it seems not to talk, but simply to do.

Boarding the Aer Lingus flight home this evening, there was a sense of delight that one of the pilots was a woman. 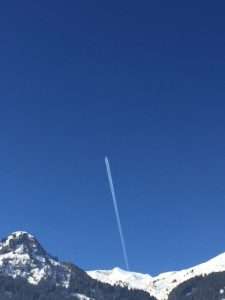