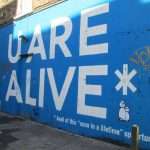 “Karma,” was the final word of the Sunday night television series. “Karma,” is a word that appears frequently on social media. Do people believe in such karma? Do they believe that there is some natural system whereby people’s choices and actions determine their future? Thirty-odd years work in parishes would persuade anyone that there is no such thing as karma, that people may make the best choices and still endure a future that is unjust.

Sometimes, I wish karma, or something similar, was real; sometimes I wish I could meet people in the knowledge that, whatever might be happening at present, all will be well in the end. More than once, there has been a wish that it might be possible to lift a burden from someone, a wish to be able to take away the pain, a wish that there was something, anything, I could do to change things.

It’s pointless to say that one understands how a person feels, how can one possibly know what another person feels? It seems arrogance to pretend empathy. Empathy demands an understanding and sharing of a person’s experience, that is not possible if their experience is something one has never known. In the face of tragedy and illness, there is just a sense of not knowing what to say, there is a sense of uselessness.

Perhaps the idea of karma has become popular because it enables people to cope with a horrible reality. If religion was the opiate of the masses in former times, persuading them to be content with their present lot in the expectation of better things in the world to come, perhaps karma has taken its place. Maybe karma can persuade people not to rage at the present injustice because it tells them people’s choices will bring ultimate justice. But there are situations where even an imagined karma will not do, situations which are unjust, situation which no words will explain. 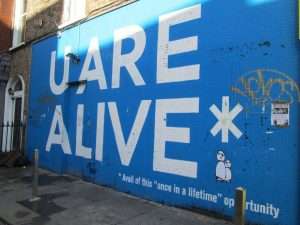