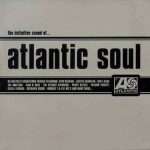 A friend’s music selection on Spotify prompted recall of changes in my my own tastes across the years. A friend from school days once commented, “Do you know what I remembered about you? How you loved all of those soul tracks.” For me, it wasn’t a bad way for an otherwise socially awkward teenager to be remembered.

Admitting to a liking of the soul tracks has never been easy. There was a night a few years ago when having watched a Munster rugby match at Thomond Park in Limerick, I sat in Eddie Rocket’s Diner and there was an irresistible urge to use up the collective supply of 20 cent coins in the juke box. It was Candi Staton’s “Young hearts run free” that caught the eye, it predated the memories of everyone in the restaurant, except me. The single I really would have liked to have been able to play was “Disco stomp” by Hamilton Bohannon.

Hamilton Bohannon had been an important figure in my social education. At the age of 14, I had come to appreciate that most of my female contemporaries had subtly different music tastes from the spotty males in my class. While classmates might have enjoyed Status Quo and Queen, most females preferred something softer. Many of them liked love songs and ballads and, in 1975, they liked disco music. When you are plain looking and unsophisticated in experience, one way to try to find favour with some of those of the opposite sex was to have similar tastes.

Hamilton Bohannon and George McCrae and Minnie Riperton and the Three Degrees and Barry White, and others too numerous to mention, became familiar names. Being able to talk about the songs meant buying the 7″ singles so as to know the words and to be able to say you had the record. While other boys were buying tracks by rock bands, I was looking for Tamla Motown. In 1976, when it appeared in the charts, I bought “Young hearts run free.”

Of course, tastes change and by 1979 the ploy no longer worked, one girl I knew was less than impressed at my being able to recall Gloria Gaynor’s disco hit “I will survive.” I moved on to The Jam and The Clash and music that was considered more serious (and which had strongly political content, to chime with being a student at the LSE). Having similar tastes to teenage girls became a thing of the past.

For years the records remained hidden away in an attic box. How could someone who had seen AC/DC play live in 1981 admit to having a secret copy of a Three Degrees single from 1975? Only when I reached the age of 40, did I decide that I could confidently admit my preferences (though I might still be careful who I told). 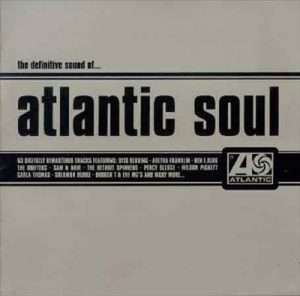