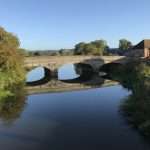 Bing Crosby belonged to a very different world from our own. The perspective of people in 1949, in the aftermath of the worst war in human history, was very different from popular perspectives now. The sentiments expressed in the film A Connecticut Yankee in King Arthur’s Court would have captured the mood of those who had been cursed to live in interesting times. Bing Crosby sang:

We’re busy doin’ nothin’
Workin’ the whole day through
Tryin’ to find lots of things not to do
We’re busy goin’ nowhere
Isn’t it just a crime
We’d like to be unhappy, but
We never do have the time

Of course, such a mood of contentment would do little for the sale of newspapers or the viewing of news programmes, journalists must thereforesearch for significance to catch our attention.. In in his book Ulysses and Us: The Art of Everyday Living, the Irish writer Declan Kiberd identifies the long tradition in the press of reporting on nothing, he writes

In the everyday, everything is everyday . . . but in the newspaper everything is strange, sublime, abominable. Newspapers, incapable of seizing the insignificance of the everyday, because their writers cannot deal with what is hidden rather than obvious, seize upon seemingly dramatic events, replacing the nothing happens with the emptiness of a news item in which something happens.

The culture of magnification is most evident in the mass media; the 24 hour rolling news services on television are peopled by presenters and correspondents intent on convincing us that every development in every trivial story is something demanding our full and undivided attention. The lack of anything to report is in itself a matter of significance that must be conveyed to viewers with the utmost gravitas, “I am standing here outside the building where the arrival we had anticipated has not taken place. I have here with me an expert on the subject who is going to explain why he believes this has not taken place.”

Insignificance has come to be perceived in as something dull and boring, as something in which people will find no interest, yet our everyday experience tells as that the things which most capture our attention are not the things that fill our television screens, but the business of life around us. Stories from our friends, our workplace, our neighbourhood are hugely more important to us than anything on a news channel or the front page of a daily paper. Real stories of ordinary people are far more significant in our daily existence than the ersatz news with which we are bombarded.

If we turned off the television and shunned the news outlets, there might be a wonderful time to be found. 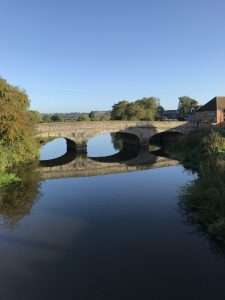