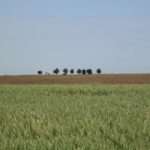 As the commemorations of the centenary of the Great War reach their culmination in the coming days, landscapes that were once battlefields make frequent appearances on the television. On the Western Front, the countryside around Flanders is unremarkable, but the Somme and Pas de Calais, with vast rolling hills and deep wooded valleys have a timeless beauty. Stand looking across the green fields of France, and it is hard to imagine that these were places of utmost horror. Yet even in the midst of the hideousness there were writers who could find beauty in the places.

On 20th April 1917, Lieutenant Geoffrey Thurlow wrote to Vera Brittain, whose autobiography would become one of the defining works of the times, to say that he had heard from her brother Edward who said that their friend Victor Richardson was badly wounded and was in the military hospital at Rouen. Thurlow then continued:

“After tea tonight wanting to be alone — we came back last night for a day or two & then we go up for a stunt — I walked out along a high embankment and everything was fresh and cool quite in contrast to the heated atmosphere of our dugout. As I looked westward I saw just below me in front of the embankment the battered outline of Hun trenches with 2 long straggling communication trenches winding away into some shell torn trees: the setting sun reflected in the water at the bottom of many crump holes making them look masses of gold. Over this derelict plain a thin line of men going back to billets in a large town, which stood outlined against a pale yellow sky with dark purple clouds low down in the sky: over to the right tall trees astride a river also looking gold in the last rays of the sun and beyond the river more ruined houses from which occasionally flashed a large gun. Well! It was all quite beautiful & I wish Edward could have been with me if it were any other place than this. I walked on along the line broken in many places by shell holes until I came to a gap where a large bridge had been blown up over the river which swirled along in a yellow torrent below: along the bank a line of pack mules carrying up ammunition & they were reflected in the quieter side of the river. Everything seems very vague but none the less certain here & I only hope I don’t fail at the critical moment as truly I am a horrible coward: wish I could do well especially for the School’s sake. I think you would love Chigwell — everything is so peaceful there. Often have we watched the many splendours of the Sunset from the School field. But all this will be boring you.

‘War knows no power safe shall be my going
Safe tho’ all safety’s lost, safe where men fall
And if these poor limbs die, safest of all.’

Rupert Brooke is great and his faith also great.

If Destiny is willing I will write later

It is extraordinary that a scene of the greatest hell that humanity had thus far contrived should possess the quality to inspire such thoughts. Perhaps it is a testimony to the resilience of the human spirit that a place of blood and darkness should also be perceived to have colours of gold, yellow and purple. 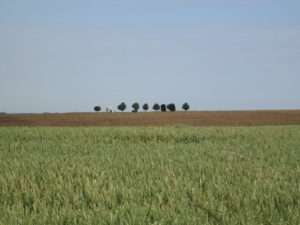