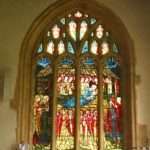 Once, I was asked, “what’s your favourite Christmas song?”

“Fairytale of New York”, I replied.

I thought for a moment, then responded,“Fairytale of New York”.

It is the only song that captures the horribleness of Christmas.

Most Christmas songs are drivel. “Driving home for Christmas” captures that sense of the holiday as some sort of American dream, except, as an American colleague reminded me last week, they only get one day of holiday, so presumably 24 hours later he could be singing, “Driving back to work after Christmas.”⋅

Look at many of the Christmas cards, the stage coaches, the people in Nineteenth Century dress, and there is the impression that our Christmas was the creation of Charles Dickens. There is a feeling that the Victorians took something that had been a celebration for poor people (as much about midwinter as anything religious) and built a whole culture around it, sentimentalising the religious element in the process.

Being honest, religious who don’t have some sense of Christmas being horrible haven’t read their Bibles. Look at the story. Look at Saint Luke’s telling of it. The child is born in a dirty byre. Does anyone staging a Nativity Play ever take seriously what it really meant for a teenage girl to give birth to a baby in a cowshed? Does anyone ever try to imagine the fear and the grimness of the moment?

And who turns up? Shepherds. Shepherds were not people you would invite to your Christmas party; they were rough, they were unclean, you would have smelled their presence. Their language would have been coarse. If they arrived at a church at Christmas everyone would be checking they were not sitting too close.

And what about Matthew’s account? King Herod having babies butchered; do you ever hear that bit when the kids in silk robes and paper crowns are making their appearance while the congregation sings the wholly untrue and Biblically inaccurate, “We three kings”?

How many people going to church this Christmas really take the Christmas story with any degree of seriousness. The narratives have been conflated and diluted with large measures of sentimentality and materialism

The odd thing about the shepherds and the Magi is that it is not a story that someone would have been likely to make up. If you were making something up, it would be a lot more impressive than scenes containing rustic Judeans and esoteric foreigners.

Why “Fairytale of New York”?

Because it has an irrational optimism about it; a bit like the real Christmas story. 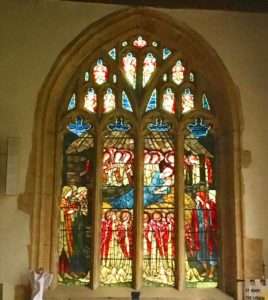