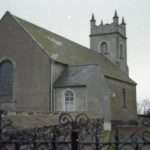 Old Davey died a month short of his 99th birthday; his store of stories was endless, he had lived his life in a five mile radius, yet, being born in 1891, he had lived through the whole of modern history. Davey called me “Mister Poulton”, he was sixty-nine years older than me and he called me “Mister.” It seemed daft at the time. Maybe, looking backwards, I can understand. He was comfortable in a world where things and people had a secure place, keeping clergy in their appropriate compartment was part of Davey’s order of things.

There had been much laughter with Davey’s family at the order of service for his funeral. There were more hymns sung at his funeral than he had sung in his life, then perhaps if I had been in Davey’s place I wouldn’t have gone in for much hymn singing either. Church was a place for people in fine clothes, Davey found peace walking his fields with his dog. His funeral was a happy occasion; it was hard to be filled with grief when the deceased had lived for ninety-nine years, all but one month, and had been putting up a new fence with his son three weeks before he died, having shot a rabbit for the last time when he was 94.

There had been particular care to pass the name “David” down through the generations. There had been Davey. There was his son, David, who was called Dee, and naturally the grandson on the farm would have been David as well, except there were four granddaughters, so when the first great grandson was born, in the spring of 1992, he was named David. Young David was loved by the three generations that preceded him. He was a fine and healthy boy, who enjoyed being on the farm with his grandparents, he had all the excitement of a small boy.

When David was eighteen months old he fell suddenly and broke a leg, it seemed a strange occurrence, there was no reason for it. Two months later he started showing signs of losing his balance. He was taken for tests which showed an inoperable brain tumour. His great grandmother asked what sort of world it was when, at the age of ninety, she was still fit and well, while her great grandson was so ill, “Mr Poulton, I wish I could change places with him, I would give anything to change places with him.” David died at the age of 21 months—on the day after Christmas in 1993, twenty-five years ago today.

Standing at his graveside that week, there was nothing that could be said, nothing that would dispel the smothering, overwhelming pain all around. No-one has ever explained how old Davey could live through a century, while his great grandson lived less than two years, no-one ever will. 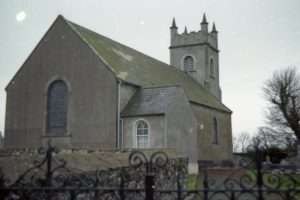